The remit of a Scottish Committee for Orthopaedics and Trauma would be :

Membership of the Committee will be restricted to consultant surgeons (including Honorary Consultants) practising in Scotland, and attendance of Committee meetings will be recorded and the record published at the Scottish Orthopaedic Club annual meeting.

The composition of the committee will be as follows :

1 Fife and Forth Valley – 16 Consultants

RCSEd (from Speciality Advisory Board)

Ad hoc members may be co-opted onto the Committee for specific agenda items for a limited term (normally not exceeding 12 months).

Each regional representative will be nominated or elected from their consultant grouping (constituency), with an alternative.  Where there is any dissent over a nomination, the issue will be decided by election.

An elected Regional Representative may stand for re-election, but only for two consecutive terms of office.  (Scottish Orthopaedic Meeting, Stirling, 2.6.00)

The Chair, Vice-Chair and Secretary will be elected from within the Committee by the Committee members.  Ex-officio members may be considered for positions of office. Nominations must be accompanied by a seconder.The period of office will normally be for three years.

The committee will have close links with the British Orthopaedic Association, although it is not formally embedded within the BOA structure.  BOA membership is not a prerequisite to sit on the Committee which is to represent all Consultants in Scotland.  The Chair of the Committee will be co-opted to the BOA Council for 12 months in the first instance and it will therefore be appropriate for the Chairman, if not a BOA fellow, to seek membership of the British Orthopaedic Association for the duration of his or her office.  This is regarded as only appropriate to represent the 90+% of Consultants in Scotland who are Fellows of the BOA.

Meetings will normally be held at either the Scottish Office, the Royal College of Surgeons of Edinburgh or the Royal College of Physicians and Surgeons of Glasgow.  Other venues at hospitals in Scotland may be used.  The full Committee will meet at least three times per year, with other meetings as required.  The Executive of the Committee (Chair, Vice-Chair, Secretary, Immediate Past Chair) will meet more frequently, with close communication with the other members of the Committee.

Core funding will be requested from the Scottish Executive to cover secretarial and organisational matters.  The Chief Medical Officer has agreed to instruct Trusts regarding support with travel expenses for representatives on the Committee.  The British Orthopaedic Association will fund appropriate single item projects, e.g. Manpower Studies. 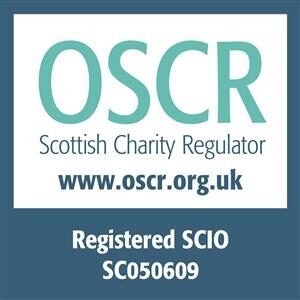